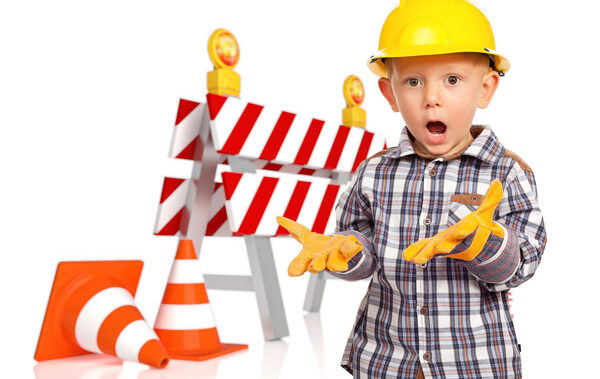 From the very beginning, we knew it wasn’t going to be an easy Agile Transformation. It started when Mike gave us a call. He was the Senior Vice President of Engineering at Company X – a rapidly growing company with more than 1000 engineers here in Silicon Valley.

The leadership team had decided it was time to “go Agile” – and Mike called with a specific plan and timeline. It was the perfect waterfall plan for an Agile Transformation – everything defined at the beginning, with no room for learning & adjusting course along the way. Mike was clearly used to being in control of every aspect of his engineering organization, down to the smallest detail.

With a bit of negotiation, we agreed to begin the transformation with several pilot teams. With the initial training scheduled, Mike reluctantly agreed to clear his calendar and attend the first training session with the pilot teams.

Early in many workshops – we often run a simple simulation (a game) that illustrates many of the key concepts of agility including working in small blocks of time, focusing on delivering value, and working as a self-managing team.

The group is told they are starting a new company. They are given simple rules to create their new company’s product. The game then runs with 3 or 4 rounds consisting of:

No roles and responsibilities are defined as part of the simulation. The intention is that the team will discover how to self-organize and work together to achieve their objectives without traditional “command and control” management.

As the rounds progress, the teams focus on learning and improving how they work together. They become better at estimating what can be produced in a relatively short period of time. They become more resilient and able to cope with unexpected interruptions and requests. Ultimately – it is not uncommon to see teams become 3 to 5 times more productive in the last rounds of the game as they discover what it means to be a self-organizing team.

Having run this simulation hundreds of times with client teams around the world – usually the results are something like this:

This is not what happened with Mike’s team at Company X!

Clearly this group wasn’t  “getting” what they needed to learn from this simulation!  As we were getting ready to start the third round, my colleague had a brilliant idea. He told Mike,

“Something has happened. You feel good. You are not contagious.  But you have a terrible case of laryngitis. You cannot say one word.  AND the team still needs you to play.”

At that point, the other team members had to plan, execute, demo and improve how they worked. Mike was a (silent) team member, rather than THE Boss.

The team’s results improved immediately in Round 3 & 4:

During the debrief, the team talked delightedly about the changes they made to improve the team’s outcomes. They had enjoyed working together to create a new approach to the work, felt ownership in the estimates they made, and were understandably proud of their results.  One engineer even noted that despite Mike’s “illness” –  the “Mike Effect” had been good for the team.

Little did we know how profound the “Mike Effect” was!  A few weeks later, we arrived at the headquarters of Company X to begin coaching the pilot teams.  When we arrived, the receptionist asked us to step into Mike’s office.  He wanted to speak with us.  Wondering if this was good news – or potentially a premature end to the engagement – we sat down.

Mike arrived and sat down at the conference table.  What he said next astonished us.

“This Agile Transformation is incredibly important for our company.  We are growing so quickly and need to begin working in a new way to meet our company objectives.”

And with that – the Agile Transformation of Company X began in earnest.

So what’s the moral of this leadership story?   There could be many.  Several that stand out for me are:

And ultimately – there’s no one formula, framework and transformation plan that works for all organizations’ journeys towards agility.   Try as we might – there’s only been one time when a leader developed “laryngitis” in the course of the simulation- and in the process – removed himself as one of the biggest impediments to the success of the organization’s journey to agility.